About Matt McCarthy and 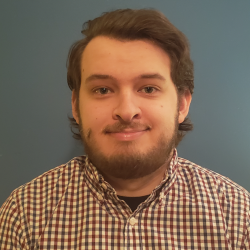 My name is Matt McCarthy and I am a full stack Web and mobile app developer. I completed coursework at the University of Illinois at Chicago (UIC) and graduated from the Coding Dojo, a 14-week bootcamp. My hobbies include scoring rollercoaster credits, singing karaoke (mostly alt-rock and classic rock), and tinkering with Linux systems. Ever since the days of MySpace and the transition from dial-up to broadband Internet, I have been constantly intrigued by how computers and the Web have worked, and have always made an effort to understand new technologies as best I could. As a middle school student, I would analyze HTML code copy-and-pasted to my MySpace page, and would use Web resources to build my first, rudimentary Web page.

During my time at UIC (2011–2014), I majored in computer science and upheld an A average in my major coursework. While there, I was a member of the robotics team in the school's IEEE chapter. At the University of Illinois Urbana-Champaign (UIUC), I competed in both the Jerry Sanders Design Competition (JSDC), a robotics competition, and HackIllinois (also at UIUC), a software and hardware hackathon. At HackIllinois, I was a top-10 finalist in the hardware category, with roughly 200 contestants total at the time. Along with one other UIC student and IEEE robotics member, I designed and built a robotic arm using empty RedBull cans, a few servos, and an Electric Imp (IoT-connected processor). I chose not to finish my degree due to financial constraints in conjunction with a years-long period of struggle with medical issues, which I eventually overcame. 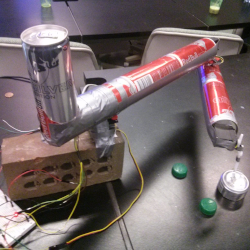 From 2017 to 2018, I ended my educational hiatus by attending coursework at the Coding Dojo, where I reviewed Web fundamentals (HTML, CSS, JavaScript/jQuery) and learned three new software stacks: Django, .NET, and MEAN. Of the three, I strongly favored Django due to Python's syntactic ease and Django's core framework. It was upon graduating from the bootcamp that I decided to program in Python under Django full-time as a freelance developer, and thus (MC), known then as McCarthy Web Design, was born.

It took months of constant preparations, but before the end of the year, I was able to land my first client, Coolwater Creations (CWC), under the name McCarthy Web Design. This was not my first-ever client—I had been hired in 2014 for Susan Kill Kegan & Associates (SKK&A) using a PHP back-end—but it was my first paid project using a more organized, streamlined MVC framework. Later, I would design, develop, and host five more sites, including a redesign of SKK&A and the site you are viewing right now. All of these sites are available to view on the portfolio page.

In my business, and in all my computing practices, I adhere to the KISS principle ("Keep it simple, stupid!"). For all of my sites, this may mean more whitespace, vibrant, yet subdued color palettes, and basic functionality tied together in a way that is still appealing and functional to administrators and end users alike. I am constantly learning how to keep my software DRY ("Don't repeat yourself"), and have improved on this concept quite a bit over the years, allowing myself to become a faster and more efficient developer.

To learn more about me, , or how to obtain a site for yourself, check out the contact page. Thank you for taking the time to read about me and my business!